Bryan Evans is a Scottish based artist who has lived and worked in Glasgow, in the West of Scotland since 1989. You can contact Bryan at : daibry2000@yahoo.co.uk

Bryan was born in Pembrokeshire in West Wales in 1964. After one year at Dyfed College of Art in Carmarthen he studied a degree in Fine Art at Loughborough College of Art in Leicestershire, England. During this course he visited Glasgow School of Art on a three month exchange visit. Upon graduation he moved to Glasgow and has lived there ever since exhibiting his watercolours and original prints throughout Scotland.

He is an artist who depicts in his paintings and prints the rainy streets and tenement closes of Glasgow, Edinburgh and other Scottish towns and cities. He works mainly in the medias of watercolour paintings, etchings and mezzotints. He has work in collections throughout Britain, Europe, and North America, and has gained considerable acclaim with his atmospheric interpretations of wet city streets and moody interiors. The ‘Glasgow Herald’ once proclaimed –

He has the good sense to very rarely actually work in the pouring rain but will do so if there is a newspaper photographer nearby. 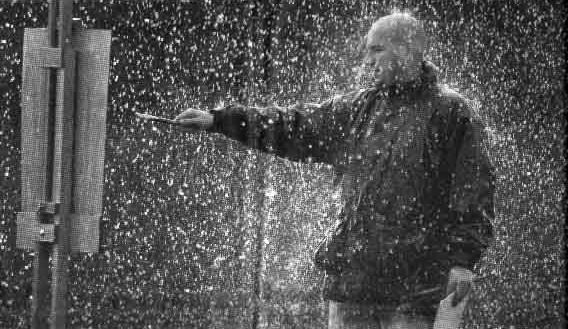 In his spare time , Bryan tries to fly

Here’s a comment recently sent to one of my galleries. Well, it made me laugh anyhow (none of it is true by the way). 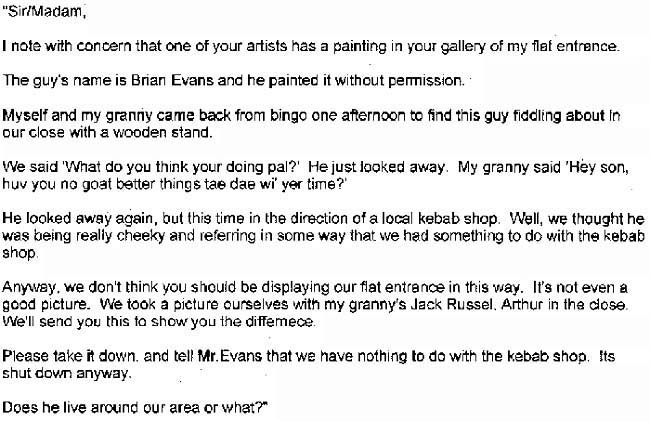